I have been asked to update periodically the status of my tours and I think I owe that to my faithful customers! If a trip is filled and has a waiting list, that doesn't mean that you don't have a chance to go.  There are always several circumstances that arise that people cannot go.  If people would like to be on waiting lists, there is no deposit necessary. It is always best to email me in advance before signing up for a trip.

For the remaining trips, I am still working on the dates and price! 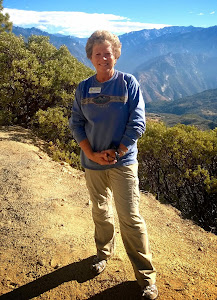 Travel the USA with Tater Tours